Parades, Police and a Fascinated American Media!10 May 2016

Some days we get an enquiry in and wonder if it’s an “out-of-season” April Fools joke. One such enquiry in 2016 was a wedding just south of Paris, France. But it was no joke…a fantastic couple had arranged for a beautiful wedding in a gorgeous French villa, and we were invited!So it was time to pack the passport, the toothbrush, our French dictionary a map, and make the long journey from Galway to Paris!Sincere thanks to Shane Gillen and his beautiful wife for asking his to be a part of their special day. We’re fairly confident in saying that everyone had a great time! 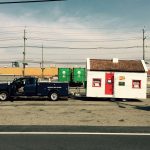 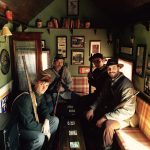 The Shebeen is an authentic Irish bar on wheels. We can bring this unique experience to your home or event !

You can find out more about which cookies we are using or switch them off in settings.